Hydrangea is a genus of about 100 species of flowering plants native marshes and wetlands of southern and eastern Asia (from Japan to China, the Himalaya and Indonesia) and North and South America. Their name combines the Greek words “hydor” meaning water and “angeion” meaning vessel, inspired both by their affinity for water and their seed pods that resemble miniature water jugs.

In the language of flowers, hydrangeas symbolize friendship, devotion, perseverance, and understanding.  Their calming blue shades have also come to mean peace and tranquility.  Not surprisingly, these opulent blooms were thought to convey pride and vanity in the conservative Victorian era. 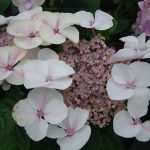 Mophead – those with the pom-pom or globe shaped flower cluster, the most commonly recognized form of hydrangeas.

Lacecap – those with flattened cluster of what appear to be tiny, immature buds surrounded at the edges by 4 to 5 larger flowers. 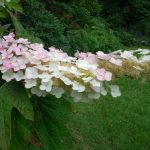 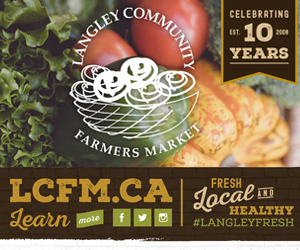 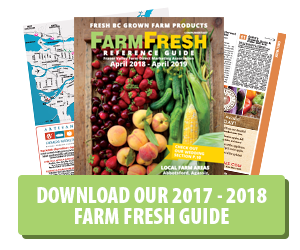