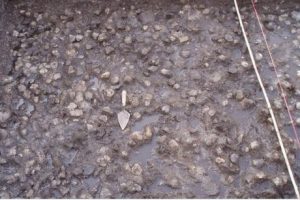 For all you vegetable and history lovers; this blog is for you!

A new discovery made during roadworks in BC shows that farmers of ancient times in the area may have been more sophisticated than was previously believed. The 3,800 year old underwater garden represents the earliest known evidence for wetland plant cultivation in the prehistoric Pacific northwest

Archeologists have discovered an almost fully intact ancient garden in the Pacific Northwest. The site consists of thousands of blackened wapato tubers, a potato-like plant buried in British Colombia, Canada.  The discovery makes it the earliest known garden in the region which can provide more insight into the history of harvesting.

The ancient garden once lay underwater and was part of the ecologically rich wetland. Researchers believe that ancient harvesters had used sophisticated engineering techniques to control the flow of water and to enhance the productivity of the plant.

The garden was discovered during roadworks in the territory of the Native American group, Katzie First Nation, just 30 kilometers east of Vancouver, near the Fraser River. The site remained submerged for centuries which may have protected plants from decaying over time. Archaeologists pulled up a total of 3,767 wapato plants from the site. They have also found about 150 wooden tools with rounded tips, similar to the shape of a trowel. The wooden tools would have been used to dig out the plants. 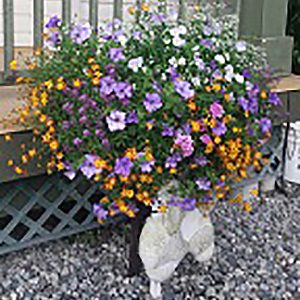