Be sure to enjoy some fresh, local rhubarb this spring. No matter how you stack it; it’s fabulous!

Thanks to Nature’s Pickin’s Market for the picture. 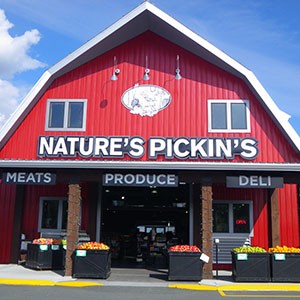 The backdrop of Mount Baker, fields of blueberries, blackberries, the fall harvest of pumpkins and gourds, and so much more, surround Nature’s Pickin’s Market. We work directly with farmers to bring fresh local produce, from apples, strawberries and kiwi, to … Continue reading →