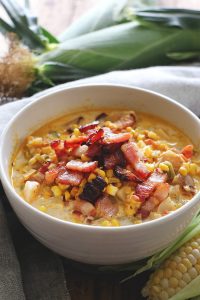 Now that the weather is getting cooler and we even have some rainy days; we’re starting to think about warm soups. Here’s a great recipe from Lepp Farm Market that celebrates our fabulous Fraser Valley corn and potatoes. A great fall soup!

Adapted from Food 52, this delicious chowder is summer in a bowl. The poblano and jalapeno peppers give it a wonderful kick which is tamed by the addition of the cream. Use a good-quality heavy-bottomed pot so that the veggies don’t stick as they’re cooking in their own juices. If you have a Le Creuset, now’s the time to use it!

Thanks to Lepp Farm Market for the recipe! 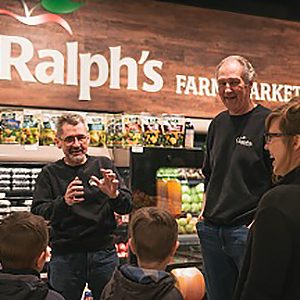 Ralph’s Farm Market is conveniently located on Fraser Highway in Murrayville next to Ralph’s Farm. Our family owned and operated market has been the Fraser Valley’s Okanagan Connection since 1982. What started as a seasonal hay wagon in 1992, has … Continue reading →