The Link Between Eggs and Reduced Stroke Risk 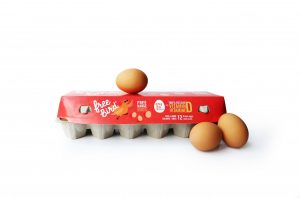 Eggs are an affordable, accessible, nutrient-rich source of high-quality protein. New research shows that eggs are associated with a 12% reduction in the risk of stroke, the fifth-leading cause of death in North America.

This most recent study, published in the Journal of the American College of Nutrition, showed that consumption of up to one egg per day had no association with coronary heart disease, but it was associated with a 12% reduction in stroke risk. These findings come from a systematic review and meta-analysis of studies dating between 1982 and 2015 that evaluated relationships between egg intake and coronary heart disease (a total of 276,000 subjects) and stroke (a total of 308,000 subjects).

The lead researcher noted that eggs have many positive nutritional attributes, including antioxidants, which have been shown to reduce oxidative stress and inflammation. They are also an excellent source of protein, which has been related to lower blood pressure.

It is research like this and others that are eliminating dietary cholesterol limits and now includes the regular consumption of eggs among lean protein choices. It also builds on a 2015 meta-analysis in which dietary cholesterol was shown to have no association with cardiovascular diseases, including coronary artery disease and stroke.

Healthy food from healthy soil. At Forstbauer Family Natural Food Farm, we farm with the understanding that the life and health of the soil is vitally important, ensuring that the food we produce has everything it needs to fuel our … Continue reading →