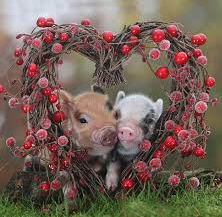 Valentine’s Day is coming quickly; this year the falls on the Wednesday right after our Family Day holiday. What could be better than a long week-end followed by romance? To help you remember to celebrate this special day and gain a greater appreciation of the day; BC Farm Fresh has gone out to the World Wide Web on a fact finding mission to find some Valentine’s Day fun facts.